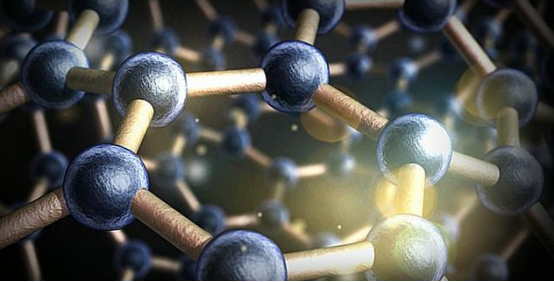 NEW YORK, NY / ACCESSWIRE / July 9, 2020 / WIMI Hologram Cloud (NASDAQ:WIMI) has intensified its efforts in semiconductor business. On the one hand, the application demand of the semiconductor industry in the field of holographic 3D vision has been growing rapidly. On the other hand, it will help the company extend the holographic 3D vision software field from the application layer down to the chip field, and through the strategic direction of combining soft and hard holographic 3D vision software solution, namely, the strategic derivative upgrade to the semiconductor field. WIMI deep in the field of holographic 3 d visual software technology accumulation, with hundreds of related patents and software copyright, so in the direction of semiconductor business extends, and the future is proposed by integrating companies core technology advantages of IC design companies, or with the current chip factory set up a technology research and development with strong proxy technology joint venture company, to implement the supply chain upstream of the semiconductor research and development design, technical services, marketing, etc.

WIMI, the holographic giant that is the first part of holographic AR in the world, has created the third-generation 6D light field holographic technology products through years of original research and development, and its imitation is as high as 98%. WIMI has signed strategic alliances with relevant enterprises, and the scope of cooperation involves film and television, media, games, children’s education, animation, hardware and so on. It mainly involves the establishment of joint ventures, AR INTELLECTUAL property IP, holographic intellectual property IP and holographic entertainment content IP cooperation, as well as various commercial resource sharing and so on. WIMI will form hundreds of patent protection according to its own 295 related patents, and ensure that users can experience the latest and most advanced holographic AR high simulation digital product experience at the international level through strict patent protection means and technical confidentiality. At present, WIMI mainly focuses its business application scenarios in five professional fields, such as home entertainment, lightfield cinema, performing arts system, commercial publishing system and advertising display system.

According to a post on Samsung’s website, the company has taken a step toward the “ideal semiconductor” by discovering new semiconductor materials that will make future semiconductor chips smaller and faster. The Samsung Institute of Electronics and Technology recently said it had discovered a new material, “amorphous boron nitride (A-BN)”, in collaboration with Ulsan Institute of Technology. The discovery comes 16 years after a team at the University of Manchester in the UK found graphene to be an “ideal new material”.

The article on Samsung’s official website says the key to solving the challenge of semiconductor materials is to look at two-dimensional materials. One of the challenges based on existing silicon semiconductor technology is “increasing integration”. As integration increases, more information can be processed quickly, but technical problems such as interference between electrical circuits also arise. Two-dimensional materials are becoming the key to solving the industry’s woes, so they are attracting a lot of attention. The two-dimensional material has the properties of a conductor, non-conductor or semiconductor at even the smallest atomic units of matter, and is so thin and difficult to bend that it is about 100,000th the thickness of A4 paper.

The most representative of these is graphene. For many years, The Samsung Electronics Technology Institute has been researching and developing graphene for large-scale semiconductor manufacturing applications. Based on this source technology, they have recently focused on graphene for wiring. As semiconductors become more integrated, the lines between the circuits become narrower and the impedance increases. This is due to graphene’s compact hexagonal structure, which ACTS as the thinest, hardest and resistive barrier.

Amorphous boron nitride is a derivative of white graphene. It consists of nitrogen and boron atoms, but has an amorphous molecular structure that separates it from white graphene. In addition, in order to miniaturize the semiconductor, it is regarded as one of the core elements of the medium. It is one of the key elements of the semiconductor miniaturization and can play a role in preventing electrical interference. In other words, it is the key to overcoming the problem of electromagnetic interference as semiconductors become more integrated. “In order to apply graphene to semiconductor engineering, it requires technology that can be generated directly on silicon wafers at 400°C,” said Shin Hyun Jin, a researcher at Samsung Electronics Research Institute.

At present, many technology giant qualcomm, mediatek, nvidia and other related companies in artificial intelligence, 5G, the Internet of things, and other areas of the chain are layout, the demand for upstream suppliers is no longer a simple electronic components or products supply, to the supplier’s technical service ability, providing comprehensive solution ability, and one-stop value-added service ability are put forward higher requirements.

Holographic technology is simply through AR, let the audience can watch the holographic characters or open hole in the real scene of real reduction, simulation is as high as 98% above, immersive, micro user experience can be described with stunning beauty holographic patterns, the combination of the holographic technology and entertainment viewer can become a character in the movie/stage, involved in the film/stage pre-made environment and plot, let the viewer, as it were, feel oneself is a member of a movie/stage viewer is the main character in the movie or a part of it, and continue to interact with content to produce films/stage.

Analysts at Maxim Group, LLC have a ‘buy’ rating on WIMI with a $8 price target, meaning the stock has 200% upside. According to Maxim Group, LLC equity research on WIMI, WIMI is the leader in the augmented reality (AR) long-term growth market. Zion Research expects the global augmented reality (AR) market to grow at a compound annual rate of more than 63% by 2025. Companies are increasingly using augmented reality for a variety of purposes. Frost &; Sullivan expects the total revenue of China’s holographic AR industry to grow by 83 percent, from 3.6 billion yuan (about $5 billion) in 2017 to 455 billion yuan (about $65 billion) in 2025.

From the above data WIMI, it is not difficult to see that the business growth of WIMI is in a benign development trend. From 2017 to 2019, the financial revenue of the three years has been increasing continuously. The amount of revenue generated from this market is increasing and the market expansion is expanding.

WIMI Hologram Cloud (NASDAQ:WIMI) will invest more funds, through to the longitudinal extension in the field of semiconductor, and the future of the integration of on semiconductor assets or cooperate with chip factory, will greatly improve the WIMI strength of technical services, further enhance viscosity related to the current customers, at the same time, based on a higher added value, enhance the WIMI sales ability of the company. WIMI plans to develop semiconductor market-related businesses in the next three years, and WIMI is expected to see new growth.