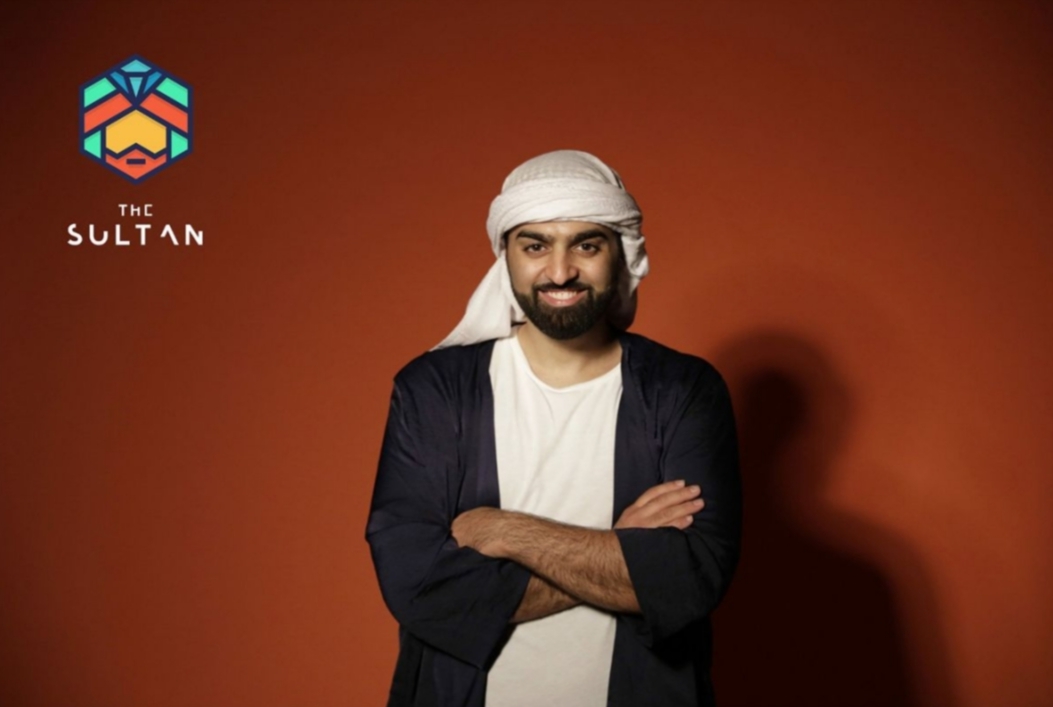 With “Monsters” the Hamburg singer The Sultan released his latest work in style of the spooky season. The single is not only a must-have for every Halloween playlist, but also convinces between the lines. As an oriental sultan in a turban, he sings and dances like a Western pop star and thus unites two cultures that are particularly close to his heart. We have now spoken to the Sultan of Pop in an interview about his new single “Monsters” and why his art contributes to inclusion and integration. We are happy to make the interview available to you royalty-free.

As pop sultan you have created a unique music project. What does it mean to you to combine Eastern and Western influences?

The Sultan: It’s about combining the best of both influences into one positive concept. I have always been good at finding common denominators. At home we used to live oriental values, among friends and at school I adapted to the Western culture. That’s how I got to know and Iove both sides and therefore I know exactly how to convey this feeling of unity in an entertaining way. The Sultan of Pop is supposed to make people curious – I mean, a guy with a turban who sings and dances like a Western pop star?
Through my unique modern oriental style I want to bring people of different cultures and different ages together. The whole thing is presented with a big wink, so that my art stands for Inclusion and integration. In the long run I want to make The Sultan an experience and thus a kind of paradise world, where everyone can dive into and be motivated. My music is like a flying carpet that takes you there.

Your new single is called “Monsters” and is the Halloween hit par excellence. What was
your motivation for making the song?

The Sultan: In the style of the 80s and 90s, such as Michael Jackson’s legendary thriller mini- musical, I wanted to create a Halloween song that would put people in a good mood and carry them away. In the music video we playfully deal with the topic of fear: After all, the biggest  “monster” we can encounter in everyday life is our own insecurities, nightmares and “one’s  weaker self”.

Do you have a soft spot for the creepy season?

The Sultan: I have always celebrated this day, even though the American trend has long gone unnoticed in Germany. I’m terribly happy that Halloween also plays a significant role in Germany today. In fact, the Sultan of Pop was also created at a Halloween party. I dressed up as the Sultan like in Aladdin and became the star of the evening.

You’ve created a great music video with zombies. How was the production for you and what is behind the idea of the video?

The Sultan: I‘ve had pictures and ideas for the realization of the video right from the beginning of the song and wanted to combine the coolness of the 90s with today’s technology and  quality. And the focus is on The Sultan as a modern oriental figure. The music video was produced very elaborately: We worked on different sets and shot almost 24 hours in a row.  Nevertheless, all team members were fully motivated and after each scene it was a great  pleasure to see the first pictures on the camera monitor, close together. The team was simply great!

With your music you are mainly in the pop sector. Are there other genres that influence you in your songwriting?

The Sultan: I’ve completed my Master of Arts in innovation studies, so thinking outside the box i s in my blood. I grew up with pop, RnB and gospel, but I know no boundaries in music genres, and I get inspired by all influences, such as classical, rock or EDM.

How does the development process from a song to the final release look like for you?

The Sultan: It is totally different, I don’t have a fixed schedule. Sometimes I just play a note or a chord on the piano and continue to develop the sequence. For “Monsters” I first had a melody in my head, then I spun a chorus to it, very intuitively. The rest of the song was created around the Halloween theme.

How do you continue after “Monsters”? Do you already have new songs in planning?

The Sultan: I do have new songs and themes in the pipeline, but I don’t want to give too much away yet. Of course, I want to produce a new music video for every project. I’m pretty sure that you will like the next songs as much as “Monsters“.

The single “Monsters” by The Sultan is available on all download and streaming portals.

In this article:The Sultan