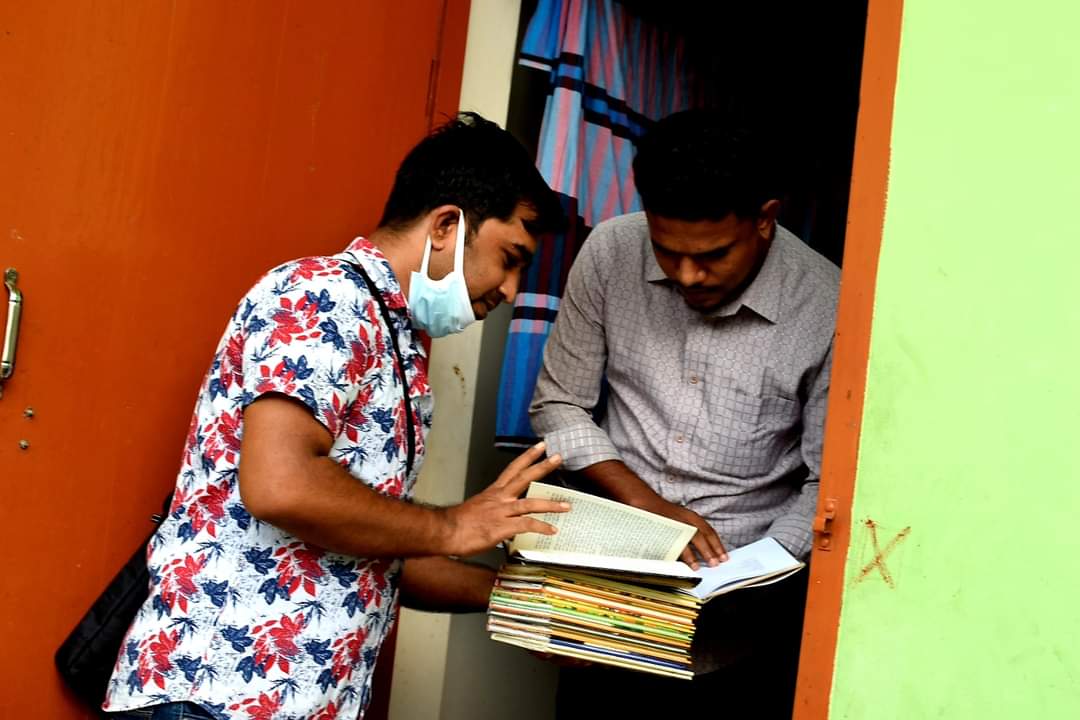 The full name of the book lover is Harun Ar Rashid. But he is in the alley of the book known as Harun. While the number of readers of the book is constantly decreasing due to various reasons, this man is working relentlessly to increase the number of readers. Harun Ar Rashid is a banker by profession. He joined Grameen Bank in 2006 as a trainee center manager. His struggle is to increase the readership of the book just like the bank account. Although thousands of information are circulated in the online alleys, the book does not have such a presence. Although all the products were advertised in the online market, there was not much discussion about the book, so this was one of the thoughts of Harun Ar Rashid as well as his profession. He started writing book reviews with that in mind, with the aim of introducing young people to the world through books.

From this thought, the journey of the writer Harun started along with the banker Harun. The path of his new entity with the task of writing reviews and spreading them. He started writing book reviews in every online alley from social media. Has there been any change or impact on his initiative alone? Let’s hear it from Harun’s face – ‘To be honest, I didn’t get much response at first, so I didn’t give up. Which has gradually created a readership. Enthusiastic after reading my review, many young people of this time have set foot in the world of reading books. The boy who used to spend more time on YouTube is now spending a part of his day reading books. I am interested to read the whole story of the book in the review.’ Thus, by reviewing the book online, Harun has given the book to many people. Now they are addicted to books, this is Aaron’s success.

As a critic of online books, he seems to have no equal. You read a lot, you are encouraged to read. He has already reviewed more than 200 books from home and abroad. He is working in the Facebook group ‘Boipokader Adakhana’, the biggest book discussion in the country. Has been working online for more than a decade to spread the word about the book. After obtaining SSC in 1999 and later Bachelor’s and Master’s degrees in Islamic History and Civilization, Harun is currently working in Nawabganj.

Not only did he limit himself to writing book reviews, but book lover Harun Ar Rashid also has a writer identity. His first original thriller novel ’29’ caused quite a stir among thriller lovers. The book ‘Escaponer Tekka’ published during the Corona period also gained wide readership. In addition to his job, his future plans for online advancement with books are also a bit fancy. He is trying to create a district-based online reader forum by creating online readers. He dreamed that one day the youth of this time might save tiffin money and set up a district-based library and spend their days with books. The 37 years old book lover is moving forward with the goal of spreading the fragrance of books by setting up an open library in each district.