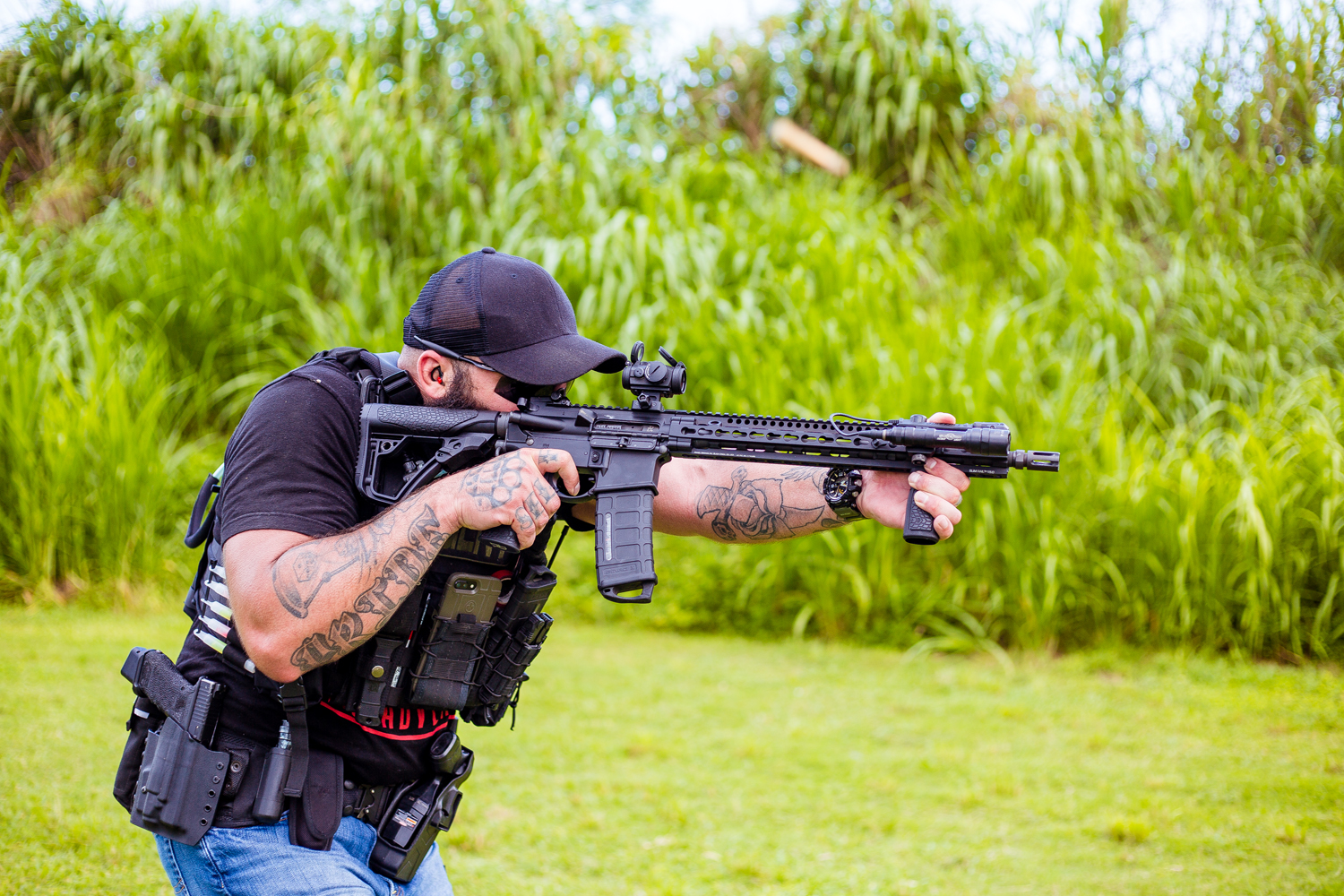 Without further ado, let’s start off with where are you from

– I’m from Miami, Fl. Born and raised but now reside in Palm beach.

That’s awesome, why the move north?

– Well, as much as it broke my heart to leave my hometown I needed to. I needed to grow and I was honestly tired of the traffic and the constant influx of people. I despise the public. So, I got a nice chunk of land, a brand new house, and said fuck it, I’m out.

Yeah, that’s good enough reason. Now, let’s get to the good stuff. We, here, know who you are and what you do. How do we explain to people who haven’t heard of you yet, what you do?

– hahaha! Yeah, that’s always an interesting convo. I usually just tell people I’m in life insurance and they laugh. Yet, in reality, I’m not lying. My career since 2003 has always been preserving the lives of those who seek my services. I’ve been a bodyguard for 16+ verifiable years. It’s taken me to every corner of the globe and I’ve met the most amazing and interesting people because of it. I’ve become, I guess, what you would call an “OG” of the game. I’ve finally accepted the title and needed to realize I’m not a spring chicken anymore.

That’s great! Amazing stuff! Now, that’s not all you do now, is it?

– No, I’m a Surety Agent ( Bailbondsman/Bounty hunter ). I’ve been tasked with hunting down the worst of the worst criminals/fugitives. I’ve helped local and federal agencies tracked down some of their own subjects as well.

Such an interesting career choice, well career choices you’ve made. Have you been able to work outside of the United States?

– Actually, Yes. Although not legal for me to apprehend anyone. I do track down fugitives around the world and work with their local agencies so they can make the apprehensions. So basically I do all the work except for the handcuffing and booking.

That’s awesome. Are you ever scared or worried before you track down someone?

– I get that question a lot. No, I don’t. I work extremely well under pressure and I’ve learned over the years to slow down time and control my own pace. The only time I get stressed is when I’m done and on the way home. That’s when I have time to think about what happened and what could have happened. I am my biggest critic.

Have you ever been hurt on the job?

– hahaha oh yeah. A lot. 8 out of 10 fugitives attempt to flee/fight me because I work alone 95% of the time. So they think they have an advantage to run, not knowing I’m with all the shits. I’m down for whatever. So I’ve been in plenty of fights and I’ve been stabbed twice already.

That’s insane! Why do you do it?

– because if not me, then who?

I guess you’re right. How do you feel about Dog the bounty hunter?

– How am I supposed to feel? I have a love for him and his family. Leland is very close to me. That’s all I’m willing to say.

Fair enough. How’s the industry? What’s your opinion on what you see out there?

– There are a lot of frauds like Patty Mayo and Bounty Tank. It’s all scripted and they don’t put in the work or do the numbers I do. I have zero competition and I want all the smoke.

Yeah, that’s what we know you for, the guy who doesn’t care about what people think or say. Always willing to take anyone head-on and confront those who need to be confronted. What’re your next moves in your life?

– Right now, I’m concentrating on my next two business ventures. Something that will make me residual income and I won’t have to be in the field as much anymore. I already bought my dream home and I’m in the process of building a shooting range so once all that’s done I’m going to be taking on my next goals.

That’s great man, seems like you have your head on straight and know what you want in life. Is there anything you want to say to those out there who might be reading this before we let you go?

– Yeah. Keep your eyes on your own paper. Stop worrying about what I’m doing. Worry about why you’re worried about what I’m doing. It’s easy for people to run their mouths in the comforts of their own homes and between their friends but it’s not so easy to say it to me. I will always be superior and will always be the one to set the standard. I want all the smoke and I’m waiting for the brave hearts to actually grow a pair and come see me.

Spoken like the true HARDCORE we know. Thanks so much for letting us do this! We appreciate you!

I am a Digital Marketer based in the United States, and currently the CEO of Diamond Hand INC.