As a child, Stephen Campolo was overweight, even classified as “obese.” However at the age of 14, Campolo turned his life around. As he became interested in a girl, he entered the world of fitness—a world that would become his passion. He lost 100 pounds through diet and exercise. He began to experiment with the gym and working out. What started as a way to improve his own health, soon became a way of life for Campolo.

Stephen Campolo’s first job was at the world-famous Gold’s Gym. Despite his early work in fitness, he never thought that he could actually make “real” money in the world of fitness. He considered personal training or even owning a gym, but he was advised against those pursuits. Personal trainers and gym owners he knew advised him to do something else with his life.

And that’s just what Stephen Campolo did, receiving degrees in business and finance. He worked in corporate America for a few years. But he hated the monotony of it all. He despises the grind of sitting in a cubicle for 8 hours a day, day after day. Campolo even went so far as to describe himself as “miserable.”

Everything changed when Stephen Campolo’s mother was diagnosed with cancer. Seeking a way to spend more time with his ailing mother, Campolo took a personal trainer buddy up on the suggestion of working as a personal trainer at an upscale country club. This new job—with its flexible hours that allowed him to return to his mother’s bedside every day after noon—exposed Campolo to a number of high-profile CEOs and celebrities.

With his new position, Stephen Campolo began to think of ways he could trade time for money. How could he turn his passion for fitness into a successful job? The answer came in finding a way to connect with more people than he’d find in his job as a country club personal trainer.

Stephen Campolo started an Instagram account where he shared helpful information on diet, exercise, and training. He’d share info on topics such as “What not to do,” “what to eat,” and “how to work out.” He then began to share his advice on Twitter as well and he began to pick up traction in the social media world.

From these initial posts, Campolo began to receive messages from followers asking for programs and coaching. Though he hadn’t set out to do so, Stephen Campolo soon had a following and they wanted more. So, he created a fat-loss program that would evolve into his current extensive slate of programs and coaching available through FLX BODY FITNESS. One-on-one coaching came next and soon Campolo was assisting others with transformations just like the one he’d had at fourteen from all over the world.

What’s Next For Stephen Campolo

In less than a year, Campolo had created a six figure business for himself, doing the thing he loved. While many are often afraid to take the first step into a new career or business, Stephen Campolo’s story shows the vast potential for reward that awaits. As he asks, “What’s the worst that could happen?” Through faith in himself and a willingness to take a chance, Campolo would go from making $40K per year to $40K per month. He changed his life and now works to help others change theirs. 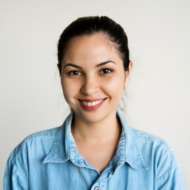