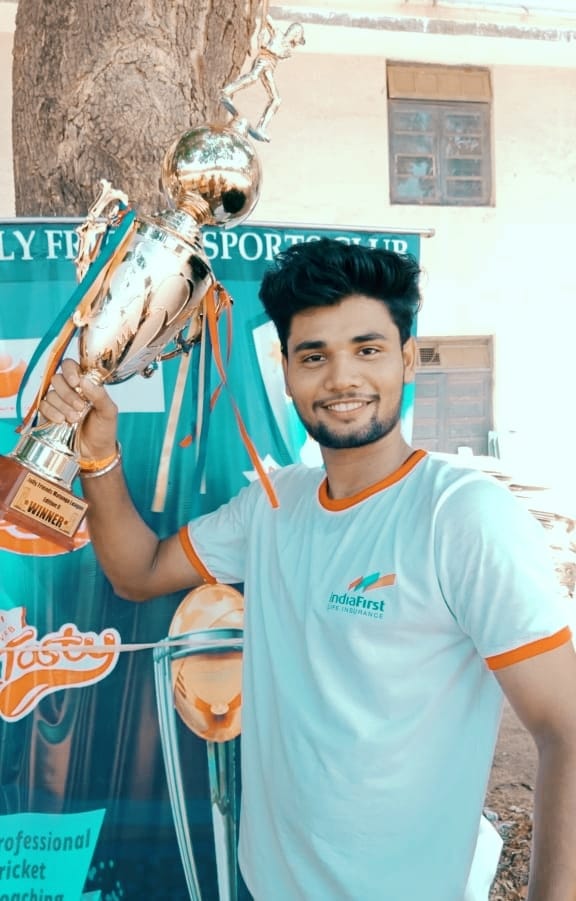 Career started from Greater Noida and now playing in Kenya, he started cricket from YMCA Cricket Club, coached by Subhash Chaudhary and Jagat Kishore at YMCA Academy. Jagat Kishore said that the talent in Pushkar was there from the beginning and we also knew that he will definitely play ahead in the coming time and will illuminate the name of his family along with us. Pushkar left Greater Noida at an early age. Pushkar’s father left Mumbai without delay so that Pushkar could do cricket and studies from there, as Pushkar’s father knew that school cricket is promoted in Mumbai. Pushkar lived with his uncle in Mumbai, who brought him along to Azad Maidan and took him along, then Pushkar started from the Albarkat school, where he gave tremendous performance on the strength of the Mumbai U-16. He was made captain, which included the Indian team opener Prithvi Shaw and Pushkar played a brilliant 61-run knock against Gujarat in 175 balls with the help of 9 fours in the debut match innings , when he played in Mumbai. The home ground had lost 5 wickets for 50 runs and Pushkar scored the highest score of 61 from the Mumbai team, leading the team to a respectable score of 210.

Pushkar captained with the U-16 as well as selected for Mumbai Camp U-19. But during that time there was an incident in his life that caused him to quit cricket. His father was diagnosed with cancer, his father left them forever due to this dangerous disease like cancer, but when Pushkar stopped cricket, his mother Sushma Sharma explained to Pushkar and asked him to go on the ground and now you just have to illuminate the name of his late father, Pushkar did not delay while focusing on cricket but the only thing troubling him was how financial problems would be solved. But it is said that if the top one closes the path, then opens the other one, then Pushkar was supported by IndiaFirst Life Insurance Company, Pushkar got to play as well as to work, seeing his ability, he got a manager’s job immediately.

Why do IndiaFirst Life Insurance Company get praised in every interview?

Pushkar told that when he was working in IndiaFirst Life Insurance, his reporting manager was Ramana, although he has also played cricket from Andhra Pradesh, Pushkar said that it was very difficult to perform in the job as well as in cricket. But Ramana and IndiaFirst team captain Ajish Rehman cheered on him and showed a lot of support and then Pushkar did not break his promise by scoring 768 and also won the Best Batsman of the Year and this award (Chief People Officer) Praveen Menon awarded Pushkar, Pushkar also scored highest 83 * for IndiaFirst.

Unable to meet family due to CoVid 19 pandemic.

Due to Corona, India reminds of his family, for a mother her child is everything but due to this pandemic she doesn’t want to take any risk. Pushkar said that he is just waiting for the right time and as soon as the right time comes he will come to his country India.

Has Pushkar scored the best in his career?

Pushkar Sharma scored 261 runs in Bills Swadhyay School’s best in Giles Shield Elite Division, in which he scored a mountain like score with the help of 28 boundaries.

The interviews which Pushkar gave on social media became quite viral on social sites, after hearing the interviews, Amit Saini based in Meerut immediately contacted Pushkar by email. He told him that cricket equipments would be provided to him by the Blackbird Sports Company, Pushkar accepted this sponsorship. Pushkar also told that through social sites, more people have approached him for sponsorship, he will talk to the family on this and will announce it soon.

Is Pushkar also getting offers from places like Dubai, UK?

What’s the dream of Pushkar?

Pushkar wants to play a Test match for his country, it will be very difficult in India, so he plays in the national team of Kenya so that he can come and play in IPL India and then he can open his way from tests and others, though nothing is said yet. Could be because cricket is closed everywhere due to Corona but Pushkar is working day and night in Kenya to fulfill his dream.

Yes, Pushkar played alot of series with Arjun Tendulkar when they both were in same U-16 camp.
Prithvi Shaw shared same dressing room and Yashaswi Jaiswal is his close friend . Often they used to hangout for dinner in Mumbai. All of them are in contact with Pushkar via WhatsApp Messenger.

Mark is an American golf player and Freelance journalist.