The youth of the country have a lot to learn from him. Abhinav Bute is very passionate about his dreams and works hard to convert them to reality. He has quite an inspiring personality and an influential aura. The tag of the most successful Indian Sensation, who is also the youngest of the pack, suits him well.
According to his parents, world’s youngest ethical hacking guru aka Abhinav Bute started taking out wires of computers and played with it when he was just a child. At the age of 10, he dismantled his father’s computer and observed the mechanic fixing it. This inspired him to learn more about hardware and software. Abhinav is a self-taught hacker and made his first attempt to hack into his father’s computer in 2017 since then he took up ethical hacking seriously.
he was constantly experimenting with the computer and taking it for repairs. Slowly he started learning the basics of computer hardware. With time he explored more about computers with the help of YouTube.
His parents showed confidence in him and he didn’t disappoint either. Abhinav spent more and more time learning about machines, technology, and computers. His focus increased three-fold! Soon, he started taking small projects of fixing computers and cleaning up software. His work was appreciated by his clients. New ideas were hitting the mind of the young man regularly, he wanted to expand his work, reach, and contribute to society. Therefore, he decided to start his own podcast, YouTube channel and started helping people on Instagram

Hacking is usually seen as a negative term but there lies a difference between a hacker and an ethical hacker, Abhinav proudly identifies himself as the latter. He would breach the security walls of companies and people’s computer systems to let them know about the areas they need to strengthen. In the 21st century, when it is all about the internet taking over other modes of communication,

No result is final and it’s your passion that takes you ahead in life. Abhinav Bute is a proven example of this saying. , took risks, and stood up to the challenges of life without fearing consequences. Throughout the journey, his parents stood as pillars of strength and gave wings to the dreams of their child. They believed in Abhinav and his abilities and never forced the societal conventions upon him.
In this article:Meet World Youngest Ethical Hacking Guru- Abhinav Bute.world’s youngest ethical hacking guru 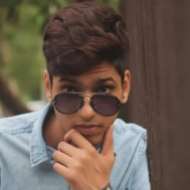 Prashant Basista is a digital entrepreneur who has founded multiple successful businesses in the fields of marketing, software development, design, e-commerce, and more. He is the Co-founder and CEO of TheDigitalFame, a full-service digital media agency that partners with clients to boost their business outcomes. Prashant ‘s clientele ranges from SMEs to some of the top corporations of the world. He made a huge name for himself with his skills in digital marketing in the music and film industry.