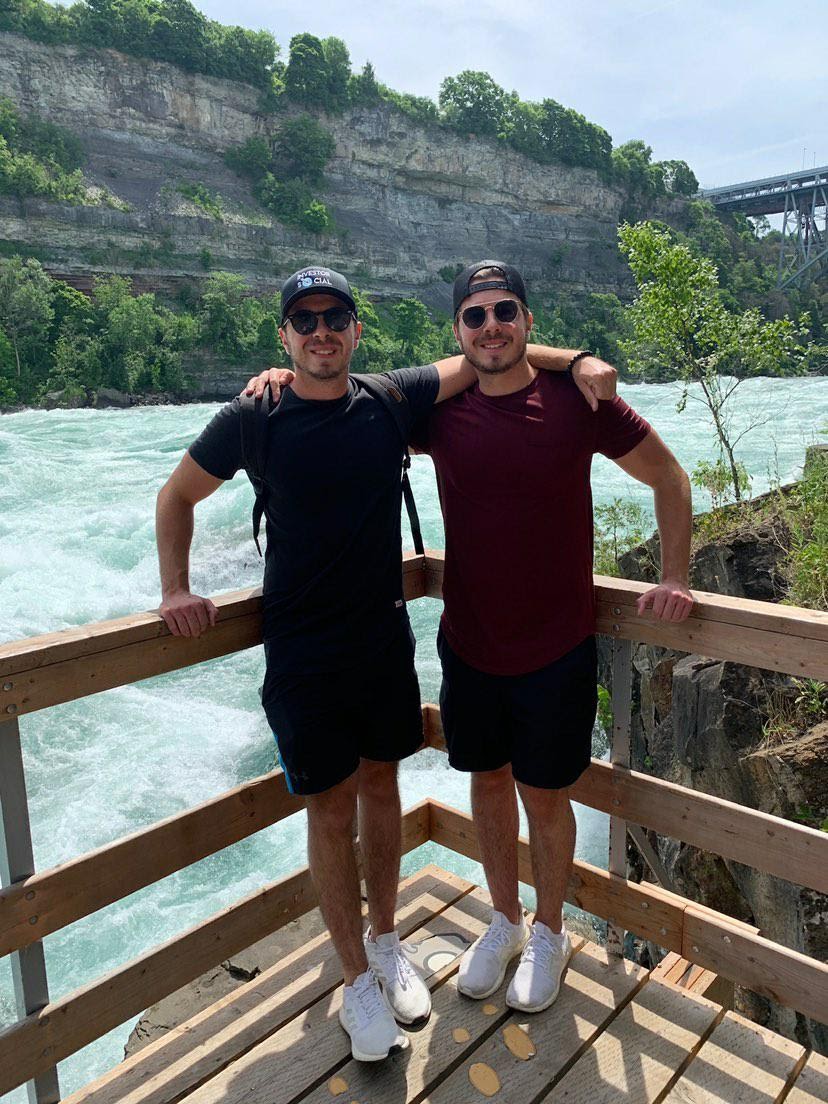 Rarely have I ever met twins doing marketing and advertising. However, meeting the Identical Marketers, as people call them, was so thrilling. They are identical twins who have mastered their art in optimizing brands, marketing, and advertising for businesses across North America. They have been nailing it through building effective campaigns where our main focus is brand awareness.

Alessandro Randazzo, is the sales funnel expert between the duo and he builds and develops effective landing pages for lead generation. “Marketing is a psychological game, it requires you to tap into the mind of your clients and appeal to their emotions in any respective industry. This is possible all with the power of sales funnels.” He says.

Adriano Randazzo, who is the Facebook ad specialist, targets and places strategic ads, including the funnels made by Alessandro, in front of the audience of their client’s respective industries. “I used to play call of duty and would always use UAV to my advantage. Targeting people through effective Facebook advertising gives me the same feeling of acquiring an enemy and terminating, similar to finding a prospect and converting” He says.

Growing up as Twins

The identical twins have been doing similar things since they were young. They were wearing the same, went to the same schools, and ended up pursuing the exact same destiny. Most people including friends and relatives have been having trouble identifying them to date.

future in law. We had a change of heart. We both discovered that we had an interest in social media marketing.” It was then that they took Tai Lopez’ course ‘SMMA 2.0’ and earned a certificate.

They were then introduced to Mitchell Conquer, ‘The Real Estate Kid’ where they formed Investor Social. “Since then we have gained a best friend and brother. We have scaled our business exponentially and we are now the Identical Marketers.”

Alessandro is the Co-Founder and COO. He builds and optimizes highly converting Sales Funnels and Client Fulfillment. On the other hand, Adriano is the Co-founder and Chief Marketing Officer. He is responsible for creating Facebook ads that generate crazy ROI and is also involved in Client Fulfilment.

In March, the unprecedented pandemic affected their business. People were afraid to spend money due to fear and that riddled their niche. Their pages were not getting much traction as usual because many people overlooked their services.

They sought past the pandemic and looked at the pandemic as if it was a stroke of luck. They say that during that time, they had a chance to restructure their business. They later improved their services in optimizing their clients’ businesses. “We appealed

to their pain, and answered with a solution” Says Alessandro.