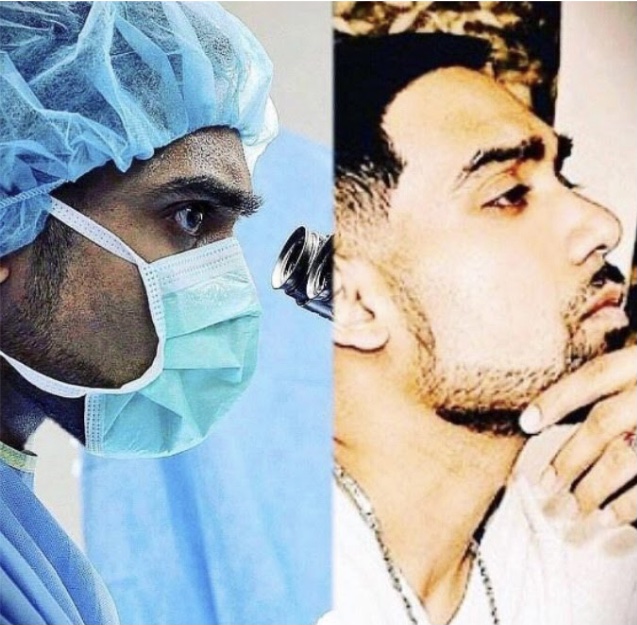 An emcee embodies the heart of a rapper, but a rapper can never embody the soul of an emcee. In a rap music world that is heavily saturated with superficiality and one dimensional rappers, one emcee is using his artistry and vision to elevate Hip Hop to a new plateau. His name is Lazarus. The dynamic wordsmith is being heralded as “the most relevant emcee of our time,” according to Hip Hop legend and icon Chuck D from Public Enemy. What makes Lazarus so unique is that he is also a board certified physician by the name of Dr. Khan. As a doctor he has been on the front line fighting the deadly Covid-19 pandemic. When he is not saving lives in a hospital setting he is uplifting lives through his music as Lazarus.

Lazarus is a Pakistani-American Hip Hop phenom born and raised in the city of Detroit, MI. Over the last few years Lazarus has established himself on the music landscape with the boundless energy and electrifying verve of his stirring mix of mind blowing, thought provoking Hip Hop anthems such as “Open Heart Surgery,” “Underdog,” “Godflow” “Decapitation Chamber” and “Break The Walls.” From breakthrough collaborations with Royce Da 5’9“, Ghostface Killah from the Wu-Tang Clan, D12, Hopsin and KXNG Crooked, Lazarus’ unmistakable delivery, dynamic lyrical prowess and effervescent on-stage persona have marked him as one of the most distinctive artists on the contemporary urban music scene. Laz has cultivated a loyal international following. His fandom is known as Laz Army.

Equally important, Lazarus embarked on a world tour with the legendary Wu-Tang Clan in 2019. The rhyme slinger has a cumulative total of over 7 million views on YouTube. His music has been featured on HipHopDX, The Source, Hip Hop Weekly, Thisis50 and more. He has appeared in XXL magazine. Additionally, Laz performed an incredible freestyle on Shade 45 Sirius/XM radio, which went viral. Moreover, he recently did an interview series on the very popular Vlad TV, whereby he appeared as Dr. Khan to discuss the Covid-19 crisis and health in Hip Hop. His latest release combines his Hip Hop and Medical personas and focuses on the medicinal benefits of plant based medicine. The song features Hip Hop icon Redman, who shouts out Dr. Khan. The track was produced by Shawn Ski and BiggVon. It’s a very unique way of presenting the positives of utilizing new medicinal practices.