Jeetujayson Raju says that “People do understand this to some extent either logically or intuitively that we need contrast. That’s why there is a buzz about trying to create better quality video ads or funny ads. I hear this a lot that video ads perform better than photo ads. This is not true people are used to looking at photo ads so videos contrast that norm hence it works. Videos inherently don’t have any special quality because of which it works.”

“It’s all about the contrast for human beings,” said Jeetujayson Raju, “we perceive the world through contrast only. If there is no contrast we cannot perceive it. When a surface has a lower temperature than our body we notice it as cold. But if we touch the same surface after jumping into ice-cold water our perception alters. Try sitting on the cold floor after an ice bath the floor feels warm”. The same happens with the other senses he continued “We can’t see the flame of a lighter in broad daylight. We find it hard to detect small changes in pitch. People can’t smell the difference between expensive wine and a cheaper one. Okay, the last one is a joke there is no difference between the two.”

“The point I am trying to make is it’s all about the contrast and people know this to some extent but there is an inhibition to create stark contrast. Perhaps because it requires courage to go exactly opposite to the current norm and because of conformity this can be hard to do.”

Jeetujayson Raju suggested some solutions to this problem “Inviting people to try your products on camera can create contrast compared to boring ads. DIY projects that include alternate unintended uses of your product can create the contrast. For services businesses, short cartoon comic stories about your service can create the contrast. As far as I know, there is no professional meme industry from where you can hire someone to create custom memes for your business. Perhaps someone could kick start this industry.”

What he said next is both funny and enlightening “Trolling could be a great way to contrast professional ads. Go into the comment section of rival ads and troll with your memes to leverage the traffic in these ads. And who doesn’t like a twitter war between two brands? Why am I not seeing companies taking it to twitter like everyone else? Both brands in the conflict could benefit from the exposure without spending a dime. After all negative news goes viral faster than paid ads.”

His inspirational advice for people reading was “The sky is the limit you can get as dirty as you want in this game. Companies should come out of their closets of conformity and live a little.” 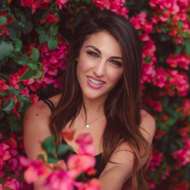