Kenya based rapper El Nus is set for success. as he celebrates his 23rd birthday days after releasing OKA, a trap single that brings out his love for the Kikuyu language. The artist has music done mostly in English, and an infusion of English, Swahili, and indigenous Kikuyu; from the Kikuyu tribe in Central Kenya. In an interview, El Nus told YOLO Daily that “My music has a global audience. But I am originally Kikuyu, and the expression of what I love comes out in my music. I love where I am from.”

The artist does everything for himself. From writing to recording, mixing, and producing. But his sales are mostly from shows, for which he charges anywhere between $5,000 and $10,000, and online music sales on Amazon, Apple Music, KKBOX, and many more platforms. His music is streaming in over 150 countries.

In the highly competitive Hip Hop industry, El Nus has had to find a way to stay well ahead of the rest. According to the artist, being real and focusing on the goal have been the keys to his success. Getting a competitive edge in any industry requires sheer will and smart work.

El Nus is also a renowned serial entrepreneur with interests in several industries such as media and publishing, mining, fashion, and art.

His iconic hairstyle, sense of style, and taste for all things exotic lands El Nus lucrative deals with international designer brands like Chanel, Loui Vuitton, Kweusi, and many more.

El Nus dropped out of medical school in his final

After going public that he would donate proceeds from his album sales to charity, the Kenyan rapper donated $5,000 to a fundraiser conducted by Friends of East Africa (FOEA). “It is through the support of well-wishers that we are able to operate,” said the director in an interview with the magazine.

FOEA had initiated a campaign seeking $8,500 for relief activities in Northern Kenya. “Facebook fundraisers are a great tool for reaching out to people in need with financial help. However, the service is not available in Africa apart from South Africa. With the help of such a donation as we received from El Nus, we were able to meet and exceed our target.” said FOEA’s director.

Asked about the donation, El Nus commented, “That’s just part of giving back that I do. A lot of people need the help that you and I can offer, and if I am in a situation to help, I cannot hold back. I just give.”

Prospects of a new album are in the air. El Nus did not give any specific details concerning this, but he did say that fans should expect something good coming. 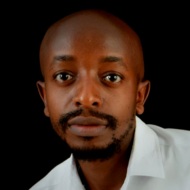 Cyrus Wahome is a Contributor at Yolo Daily, the #1 Digital Publication For Millennial News. He writes about the entrepreneurial lifestyle and emerging trends.