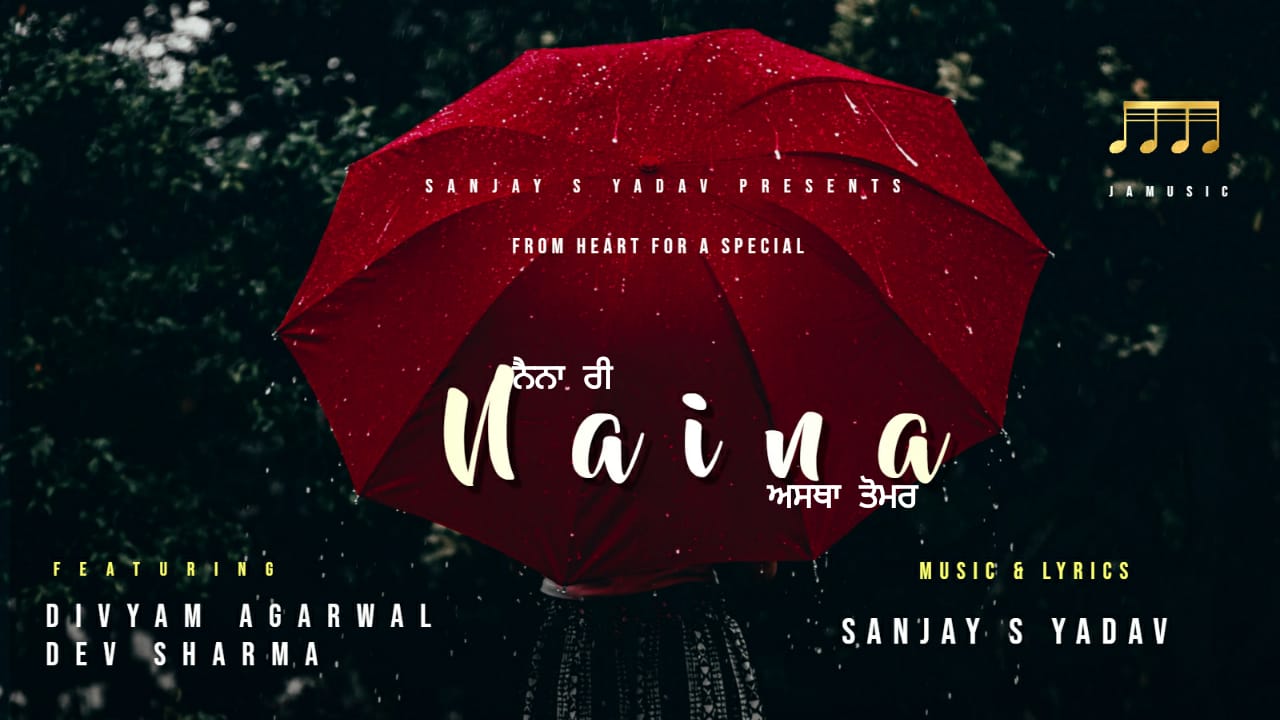 Naina is a romantic track written & composed by an Indian young musician Sanjay S Yadav and beautiful primary vocals by Divyam Agarwal. Sanjay S Yadav is the lyricist of Naina and in our conversation, he said that Naina is for his love Astha Tomar, Astha Tomar is Sanjay’s life partner, Astha is from Sanjays’s home town. In this song, Sanjay is representing his feelings for her, and Divyam’s voice made this song supercool with lovely composition. In our conversation with Divyam Agrawal and Sanjay, Divyam expresses his feelings when he was singing the song Naina, he was emotional and Sanjay was a little emotional and Sanjay had started cry once in the studio, he loves Astha Tomar so much and he’ll marry with her soon.

Sanjay S Yadav is an Indian pianist, singer-songwriter, track director, and Music producer. He is from the town of Tansen Gwalior Madhya Pradesh. Aside from movie soundtracks and unbiased tune, he’s associated with folk, conventional Hindustani, Indian tune. He is a student of Gwalior Gharana, who is the music director, composer, and lyricist of Naseeb Se. He has labored with Indian playback singer Yasser Desai and Grammy award winner Sir Warrenhuart in his song album. He is the music producer and director of Fark Nhi tune with Drug 06, he is 17 and he starts his profession in 2020 together with his first tune album predominant Aashiq Banya.

Through this song Sanjay is expressing his feeling for her, Divyam says he was so excited after reading the lyrics of Naina and a time he was crying for his love Vasundhra, Naina is a romantic and a peaceful Love track by Sanjay S Yadav & Divyam Agarwal. Sanjay loves Astha so much and writer her feelings about him, Sanjay says he wrote it with her picture and her love, he loves few lines from the song Naina “Teri Nazron Se Kati Wo Tarang Bhar Gayi H Wo Sunsuni Pawan”, Sanjay says he can do anything for her and will do everything for her, Astha is his senior in his school but in school, they don’t know each other in 2020 they meet Sanjay loves her so much, he is now with her in a relationship.

Divyam Agarwal is one of Sanjay’s best friend, Divyam is a music producer and an entrepreneur from India. The video of Naina is on both of the artist’s channel Divyam Agarwal & Sanjay S Yadav, the video of Naina has crossed 152k+ views within a single day It’s a record for both of them. Naina has released digitally on all Indian music platforms with label Sanjay S Yadav and music distributor SWAGGER DEEVS.

In this article:Naina Sanjay S Yadav