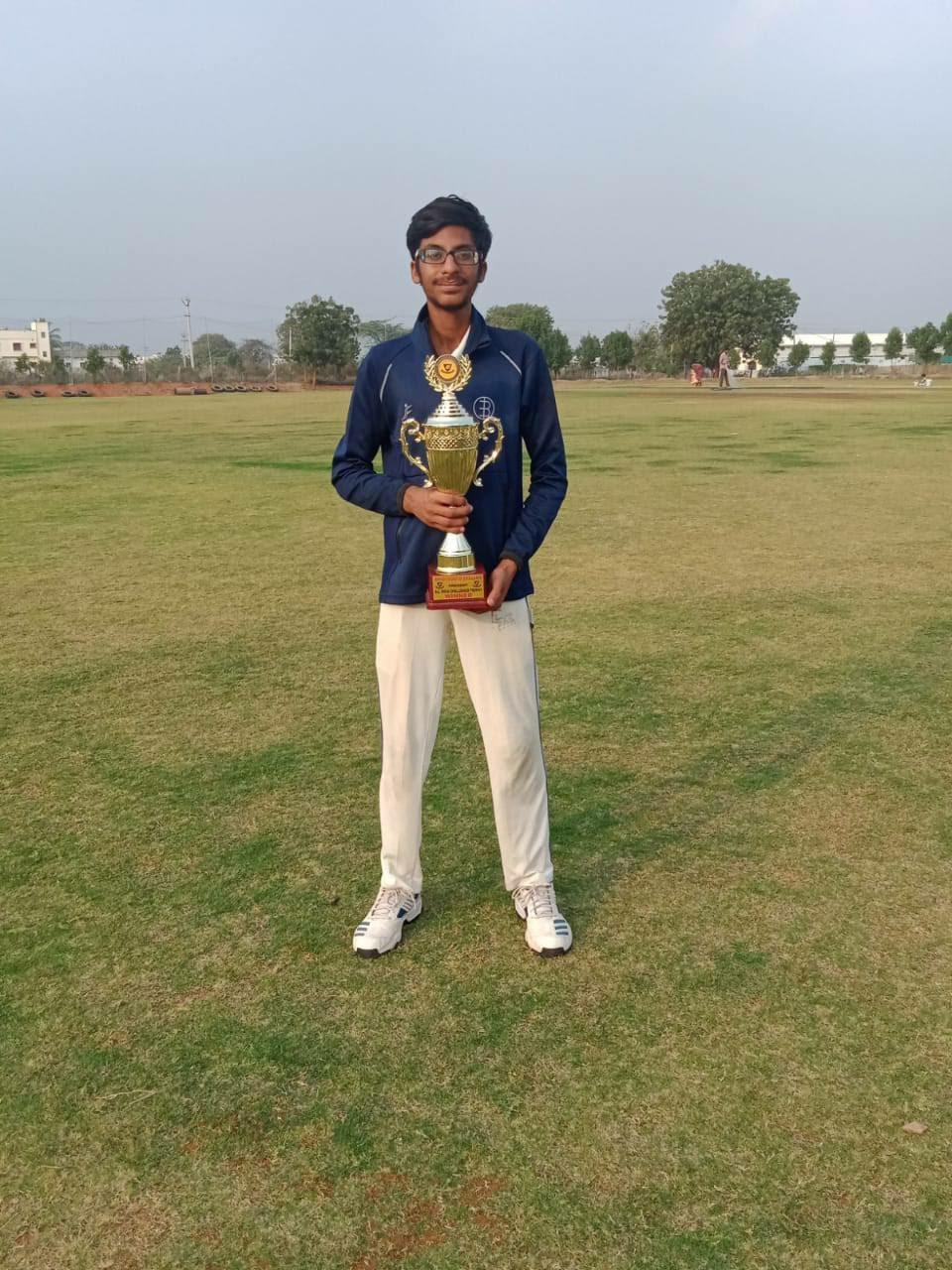 It all started in a much later phase In his life unlike other young kids in the country who start to practice and pursue their dreams in this extravagant field of cricket. As a child Anish was very pompous and naive without much knowledge about the game in particular but who’d know that this clueless kid would do wonders on field. Looking at how late he realised his true potential he persevered hard breath a position where he is now. Having played thousands of matches, winning several man of the match trophies and single handedly getting his team to victory, it all was indeed a roller coaster ride which made him move in this constant endeavor of his, in it’s own way. After winning a crucial match at a school tournament he was asked how he actually came up with cricket when he replied that it is all because of his “not to give up attitude ” there are so many kids who simply leave playing cricket because they are unable to do it, but he never gave up. Having started his journey from a later. Age requires a high set of skills, which anish did have. He never gave up and courageously played against teams that were highly qualified yet out perform them. Not like he started his professional career scoring 1000s of runs. At first it was quite the opposite direction. But because that zilch was more within anish to play, he carried on. Kept on working on himself to do better and pushed himself  beyond his limits. Soon his hardwork paid off when he scored his first century  amongst the very tournaments he played. But he didn’t celebrate his success rather he was focused in doing something much bigger. He was passionate about cricket and gave every minute to it. Perspired onfield and aspired outside. Soon within the span of 2 years he came out finer, with better hand eye coordination and better mind play. Participated in every tournament as he believed each one was a lesson on it’s own way. In a recent interview with Asian Leading Digital Marketing Company – “Uzi World Digital”, Anish said “Won’t stop until I get Success”. This words of Anish Choudhary proves that he is totally determined with his career in Cricket. Recently He has completed his high school and now is practicing for upcoming events and matches. He is also on social media you can follow him @anishchoudhary21.